Blend the art of Wine and Horses and reserve your ranch experience today! 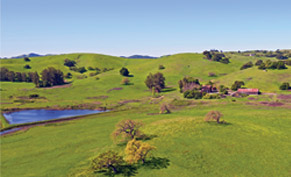 Includes: Joining your hosts on their 4 wheel drive vehicle to tour the 630 acres of the Reis River Ranch. Taste the varietals of the River Ranch wine starting on the tasting room deck then hop on for your tour and enjoy more wine with hill top views of the Petaluma river, wetlands, ancient oak trees, endless pastures, grazing horses and cows and abundant wildlife. Finish up in our rustic barn with a little more wine and a little bit of chocolate!!

We now offer BBQ every weekend! Come out and enjoy our grass-fed grain finished beef BBQ or a Charcuterie plate to enhance your wine tasting experience!

Also we have an extensive list of our USDA beef cuts available in our farm store to purchase onsite.

and get these exciting perks!

Discounts on SPECIAL EVENTS
at the Reis River Ranch Winery & Tasting Room including:

Plus
COMPLIMENTARY TASTINGS
on your wine pick-up day.

WHEN YOU BRING A GUEST YOUR TASTING IS FREE!
If your guest joins the club their tasting is FREE! 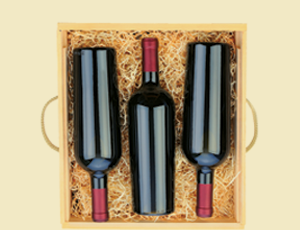 Plus, get these exciting rewards:

A value of $67.50
Purchase additional wines at any time
and receive 20% OFF

Choose from these Fine Wines

Plus standard wine shipping costs (local customers are encouraged to pick up their orders to save money on shipping). Ground shipping cost is calculated by state.
No additional fees are applied to the shipping costs––you pay what we pay

Membership Withdrawal Policy – We require that you receive a minimum of Four (4) shipments with a minimum of Three (3) bottles per shipment as part of your membership commitment.after which you may cancel at any time. Club Member discounts applicable to: Wine by the case, bottle or glass, as well as branded Reis River Ranch merchandise.

Due to restricted shipping, we are unable to direct ship to the following states: Kentucky, Mississippi, Oklahoma, Utah, Wisconsin

The Winery is housed in a fine large western ranch barn. Picturesque with its Large timbered high ceilings and weathered wood. Adjacent are the horses and beautiful black angus mama cows and their babies can be seen grazing on hillsides and wide-open pastures. A beautiful venue for your next special event!

The tasting room is welcoming and comfortable an atmosphere that encourages you to “come on in and stay awhile” The large deck has the best view on the ranch overlooking the swan lakes, rolling hills, ancient oak trees and horses.

The entire 630-acre ranch is a wildlife sanctuary where you can experience sightings of deer, wild turkeys, jack rabbits, hawks and hundreds of bird species.

Sonoma County California is internationally recognized for the quality of its wine production.

As our vineyards are just starting to grow, our wine maker Russ Fish takes pride in sourcing grapes and juice from some of the most renowned Ava’s of Sonoma County, Including Dry Creek Valley. Petaluma Gap., Sonoma Coast and the Sonoma Valley

Russ started his fermentation science career in 1995 in the beer industry before transitioning into a career as a winemaker. After completing a BS degree in biological sciences at UC Davis, he stayed an extra year to learn the craft of brewing. After completing his studies in brewing, he landed at a microbrewery in Berkeley, working for several years as a Brewer and Brew master. It wasn’t too long before a strong interest in wine took hold, prompting him to make a career change and return to UC Davis to complete a Master’s degree in Viticulture and Enology.

Russ, a Sonoma county native, gained the majority of his winemaking experience in Sonoma County wineries. After graduating, Russ worked a harvest in Healdsburg and Mendocino County, then went on to work for the small family owned Wattle Creek Winery in Alexander Valley, as an Enologist helping to craft sought after Syrah, Cabernet Sauvignon and Sauvignon Blanc from Alexander Valley and Mendocino County. In 2008, Russ was hired as Assistant Winemaker at Kunde Family Winery, and did a four-year stint working with estate grown Sonoma valley fruit from the Kunde property. In July of 2012, Russ moved to Vintage Wine Estates to oversee winemaking at Ray’s Station Winery.

Russ believes Sonoma County has excellent growing conditions and hence some of the world’s best vineyards. “Sonoma County is like a playground for winemakers. We can grow everything from racy cool climate Pinot Noir to juicy bombastic Zinfandel. I don’t know of anywhere else in the world where so many varietals can be grown to produce high quality wine.”